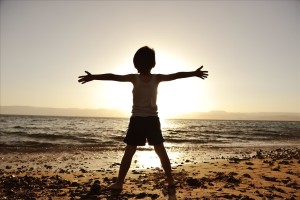 What is the EYLF?

Early Education in Australia has transformed over the years to become a fundamental, all-encompassing fusion of learning, playing, communities and families. Not only does childcare provide nurturing care and freedom of choice to families but also guides children through a significant time of their development and education that prepares them for the years that follow.

The Early Years Learning Framework (EYLF) was created as part of the Federal Government’s National Quality Framework for early childhood education and care. The framework identifies important aspects of children’s learning from birth through to their transition to school.

Being, Belonging and Becoming are the three main pillars of the EYLF and each element represents an aspect of children’s learning and development from a young age. This is the first article in an ongoing series to help better inform our families on the benefits of early education and the nationally approved method to deliver the best learning experience through play.

Being is the here and now, through the child’s eyes. Often educational structures concentrate on the future but this element focuses on each child’s present state, identifying who they are and engaging in life’s complications, challenges and pleasures.

As stated by The Early Years Learning Framework for Australia, “Childhood is a time to be, to seek and make meaning of the world”. Children begin to take part in life’s journey, build and maintain relationships and face challenges once they have a sense of being.

An example of this during your child’s day would be dressing up in the costumes of their favourite heroes. Through imagination and engaged play, the children are able to explore the world around them in the footsteps of someone else, learning the differences between themselves, the character they portray and this in turn helps them define their own definition of “self”.

Other strategies that include Being in your child’s development include: extending on children’s interests, embracing their culture, supporting their individual needs, recognising their values and skills, allowing them to express themselves, and celebrating their achievements.

Educating your children is of the upmost importance in their early years. Part of this education is structured by a framework that does not differ from state to state, which is highly beneficial especially to families on the move. The EYLF is designed to make the most of a child’s learning from birth to five years and ease the transition into a formal schooling environment. Next time, we’ll dig a little deeper and investigate the other two pillars, Belonging and Becoming.